Future skins is an investigation about wearable 3D printed structures, integrated in garments, in such a way that they can create a symbiotic process of transformation of form between the wearer movements and the structure. This research is part of a serie along the theme of FUTURE SKINS: READY FOR THE BETWEEN. Between what is no longer and what is not yet. A formulation of our desires as humans to envision our future evolution. We are imagining the space in which the structure is formed by its past and its future, through the language of digital technologies and its materialization in 3D. Technically, the fundamental part of the research are the Mechanics studies about how to connect the 3D structure to the body so that the body becomes the motor triggering the interaction of the modules without using electronics. The body itself is the engine of the wearable structure, who controls the wearable and not the other way around. (Creating robots that do not need electricity) It is a study on the materialization of movement. 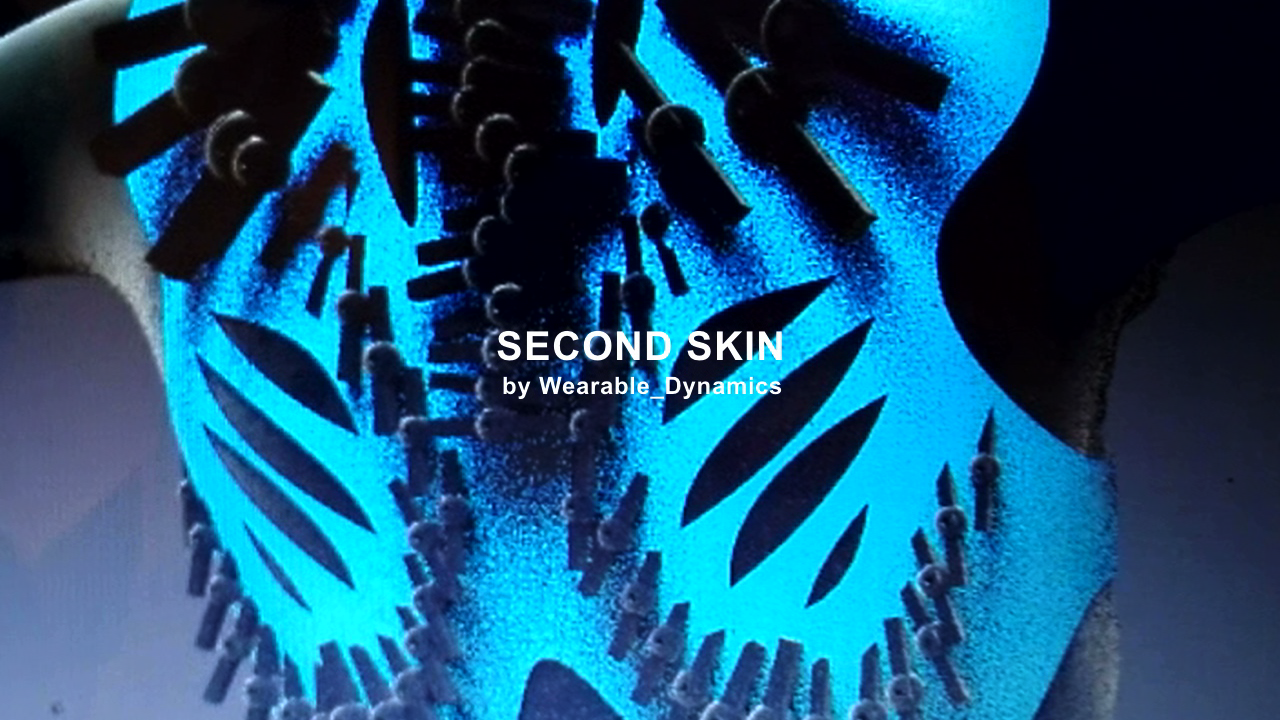 This collaboration between the italian artist and physical interaction designer Paola Tognazzi Drake and Mexican expert 3D modeler Jonathan Ramírez Díaz de León aims to promote how wearable technology can be implemented in everyday life and how, for that to be possible, it’s necessary to design, thinking about the ergonomy of the body, the movement dynamics and natural mechanics without skipping fundamental steps in the analysis (a problem that instead can happen when using electronics). For the 3D printing of the prototypes we are collaborating with the expert Gianluca Pugliese and his 3D printers (WASP).

It is a project on how to prototype 3D printed structures and how to connect them to the body so that they can interact with the physical movements of the wearer, according to the directions of the movements. Only when a structure moves do we discover how the elements that compose it coordinate and interact together, revealing its identity. This project designs from and for the body in motion, applying the dynamics of the physical movements to understand the structural expressiveness of the patterns to inform the 3D design.

Objective: The idea of this garment is to create a continuous soft touch on the skin that sends information to the brain about the coordination between movement and body. It investigates how to allow users to feel on their skins the sensations of what happens inside of their bodies, when they move. The skin is our interface to the world our most sensible organ.

The challenges to be addressed are: How to make the structure adhere to the skin to produce a smooth friction when the modules move, thus stimulating the proprioceptive properties. How to sew the modules so they can rotate on their axes, touch the skin and coordinate variations in rotations within the elements. To analyze different ways of connecting the modules to each other using mechanical gear systems and how the use of different materials affects the design, how it works and how is perceived.

By connecting the movements of the body to a 3D printed gears system and embedding in the garment the triggers starters for the gears, the modular shapes of Future Skins start rotating changing shape and visualizing the movement of the wearer. The wearer can feel on the skin what’s happening inside his body. The feedback from the movement data of the wearer, it’s translated into tactile sensations. That’s where the Future Skins suit comes in: by stimulating the skin on top of the muscles in response to the action taken by the wearer, it reconstitutes the brain maps of the muscular system.

The opportunity of 3D printing technology has led to innovative forms. However these structures are often architectural and static both through their material and design. To date, in the 3D printed wearables what’s largely missing is movement. They are usually either beautiful sculptures but static or basic modular nets, Pierre Cardin style, that fall flat. With this suit we search to defy the 3D printing possibilities and maximize the advantages of such technology, while creating an interactive relationship between the wearer and the suit. 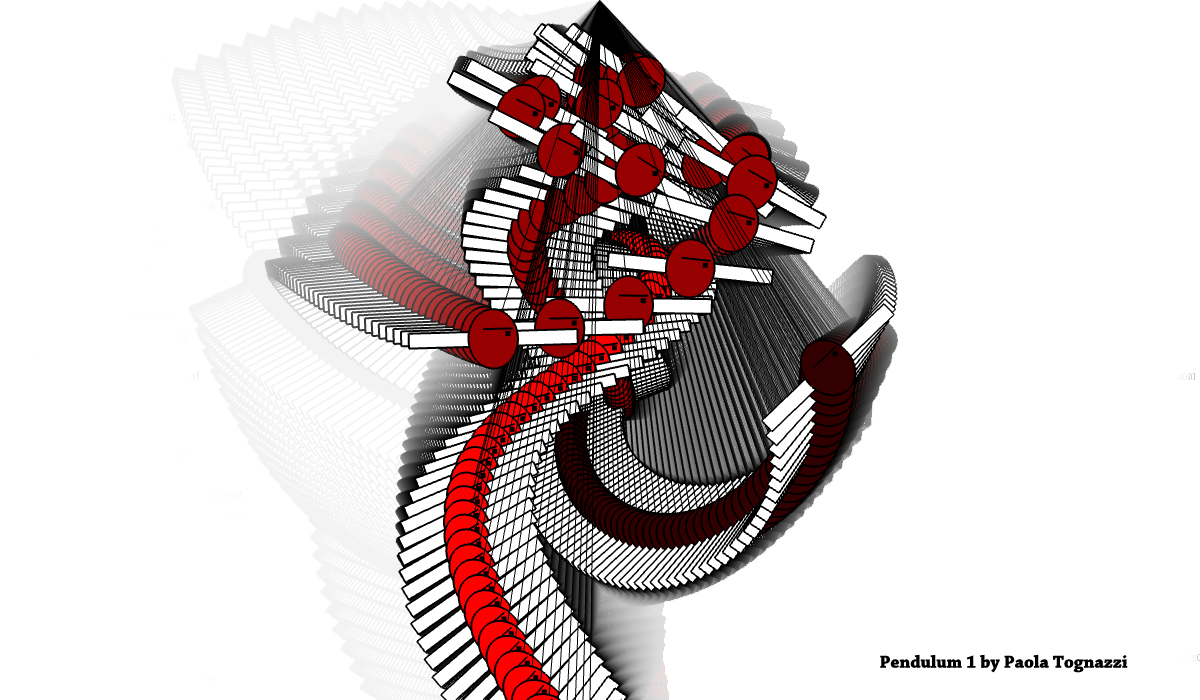 All coordinated movement depends on proprioception. When proprioception is compromised, seemingly simple activities like walking or even standing can become impossibly difficult. When one stops moving a body part, the brain starts deleting the maps for its coordination thus compromising proprioception. What exactly is proprioception? You could call it body sense or kinesthetic awareness – it is the brain’s ability to sense the relative positions and movements of the different body parts. Because of proprioception, you know exactly where your hand is in space as you move it around, even though your eyes are closed. Accurate body sense is essential for feeling good in your body and being free of pain.
Body parts communicate with their virtual counterparts in the following way. There are millions of microscopic organs called mechanoreceptors located throughout the body. When they are stimulated by a mechanical force, they send a signal through the nervous system to the part of the brain devoted to sensing that part of the body. The brain assembles all these signals from the innumerable different sources and determines exactly where everything is and what it is doing. In essence, the brain creates numerous maps of the body that it uses to decide what is going on and how to move.
Because the brain uses the map to make decisions about how to move, it is obvious that the better and more detailed the map, the better and more precise the movement. By contrast, if the map is unclear or fuzzy, navigation of the different movement possibilities will be shaky. 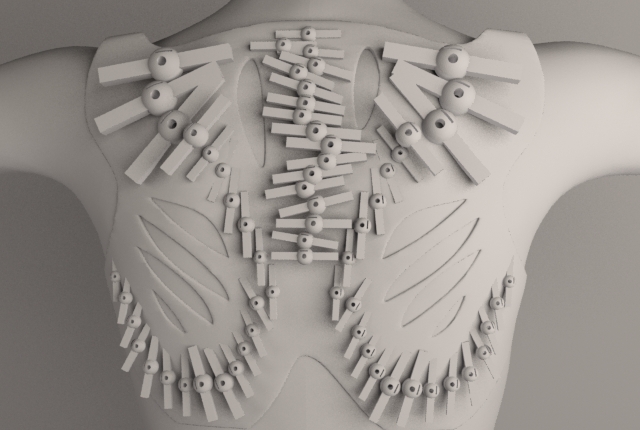 Maps are built by movement:
The health of the virtual bodies in the brain is just as important as the actual bodies (and changing them is often quicker and easier as well.)
People in general are much more aware of the movements of the limbs (arms and legs) than the ones of the muscles in the torso and back. One reason is because we can see the arms and legs moving while we don’t see as easily the movement of the other muscular groups . Another reason is that the former move much more in space while the latter although they are more important and do a lot more work, move within a more limited distance range. Because of this it’s quite common an incorrect use and placement of those muscles, or the lack of engagement of those groups, which leads to back pain, enjeries etc. etc.

This is why I’m designing this suit. The interactive rotation of the 3D modules placed on the dorsal ancho muscular fascia of the back, creates a gentle touch on the skin, and a reminder of the existence of those muscles. Thus stimulating the proprioceptive maps of those body parts. 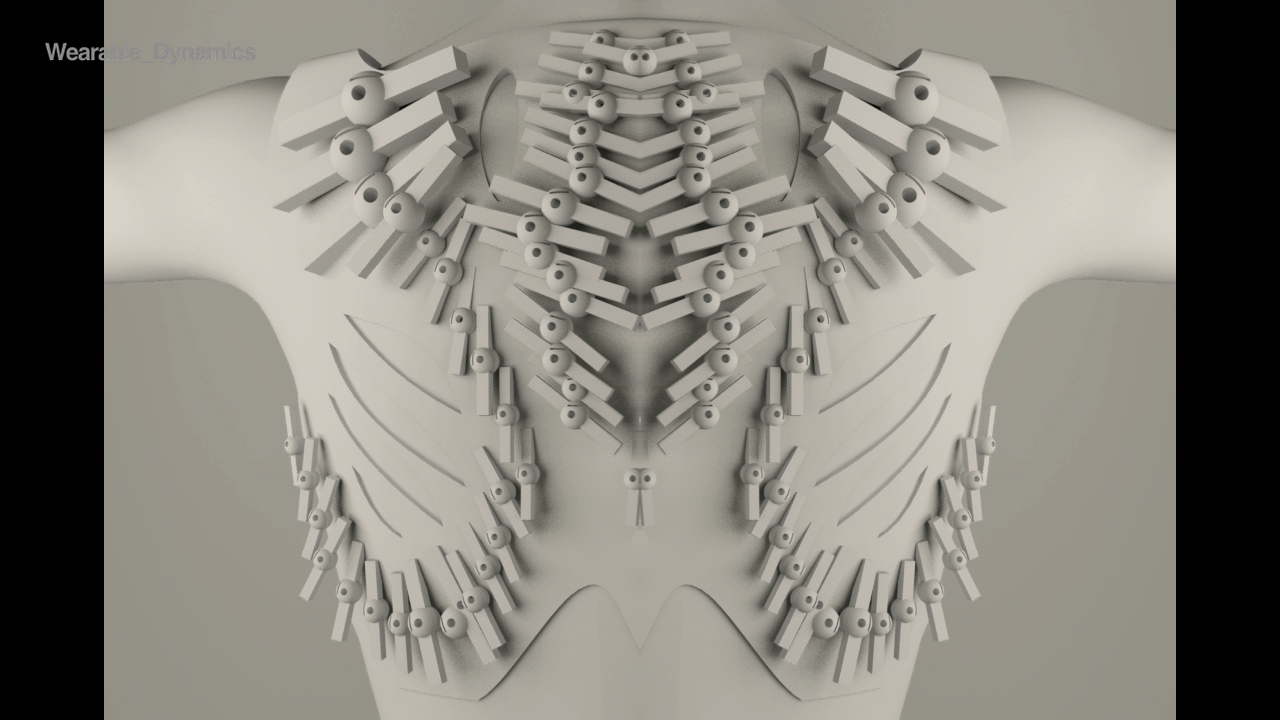 The feedback of the structure movement onto the body’s nervous system stimulate a sense of touch. The physical movements in the real world taps in the virtual world of brain body maps. The innovation of this research is the creation of interactive mutually informing process between the wearer and the 3D structure, using mechanical structures and engineering instead of electronics.
The suit design applies mechanical studies of movement to the wearable structure in order to translate the inner body movements, capturing the user’s body motion and fit into the technology of this device. 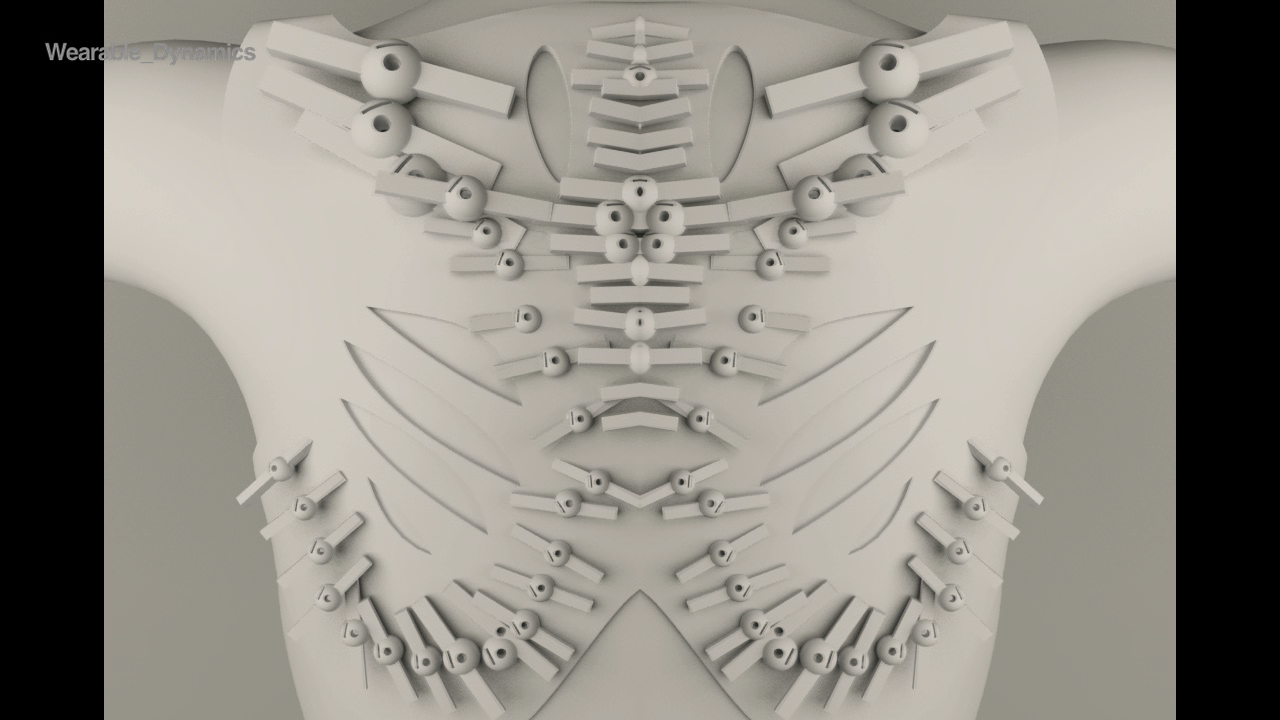 The shape for the 3D printed structure was created using the custom made software Choreographing Spaces (in Processing). We overlap the structural design on top of a map of the muscles of the back to align the modules with the muscular fascias we intend to stimulate through the soft friction with the rotation of the modules.
A tactile shape display: for the shapes of the modules we wanted the sense of touch to be experienced. 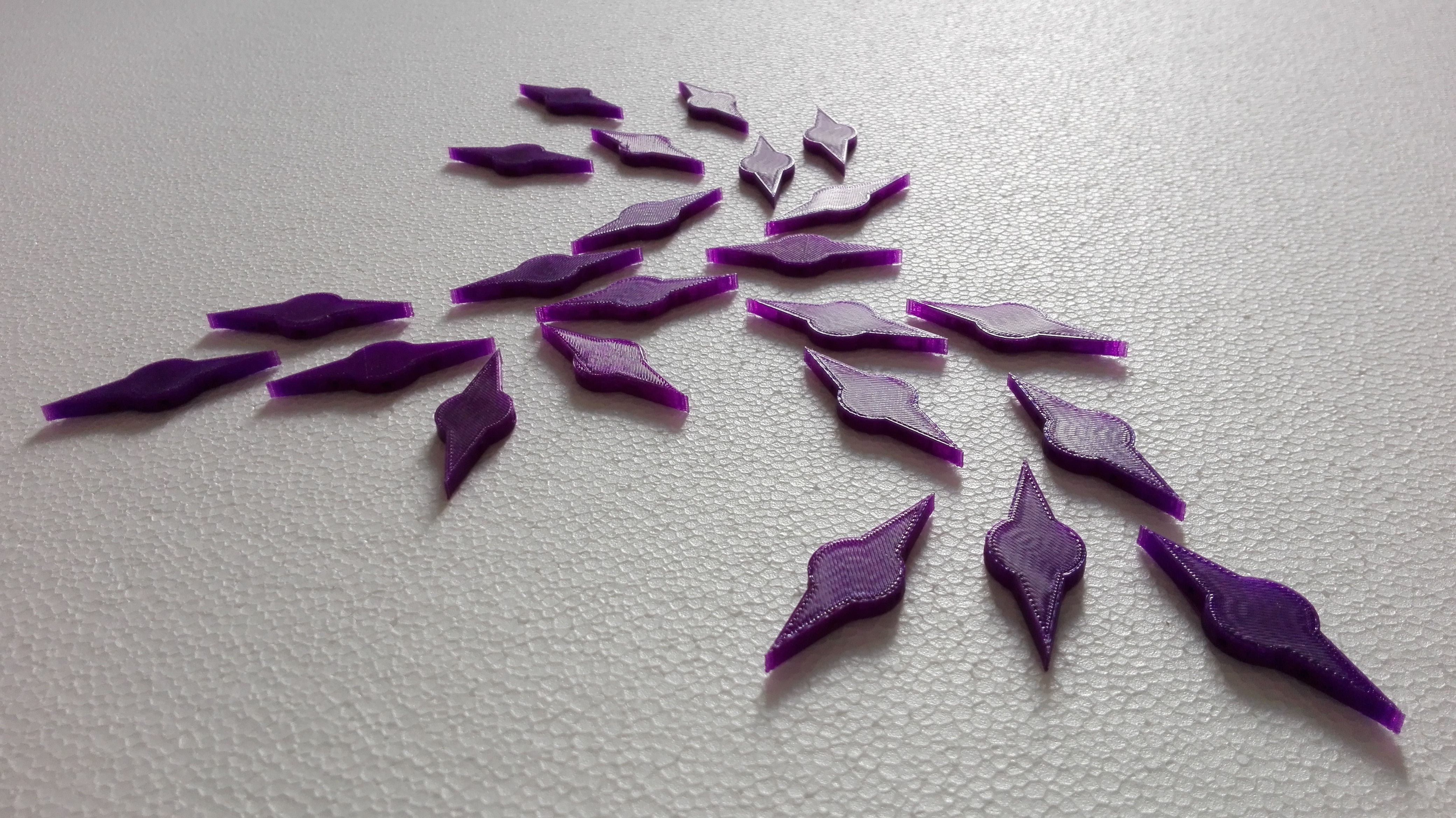 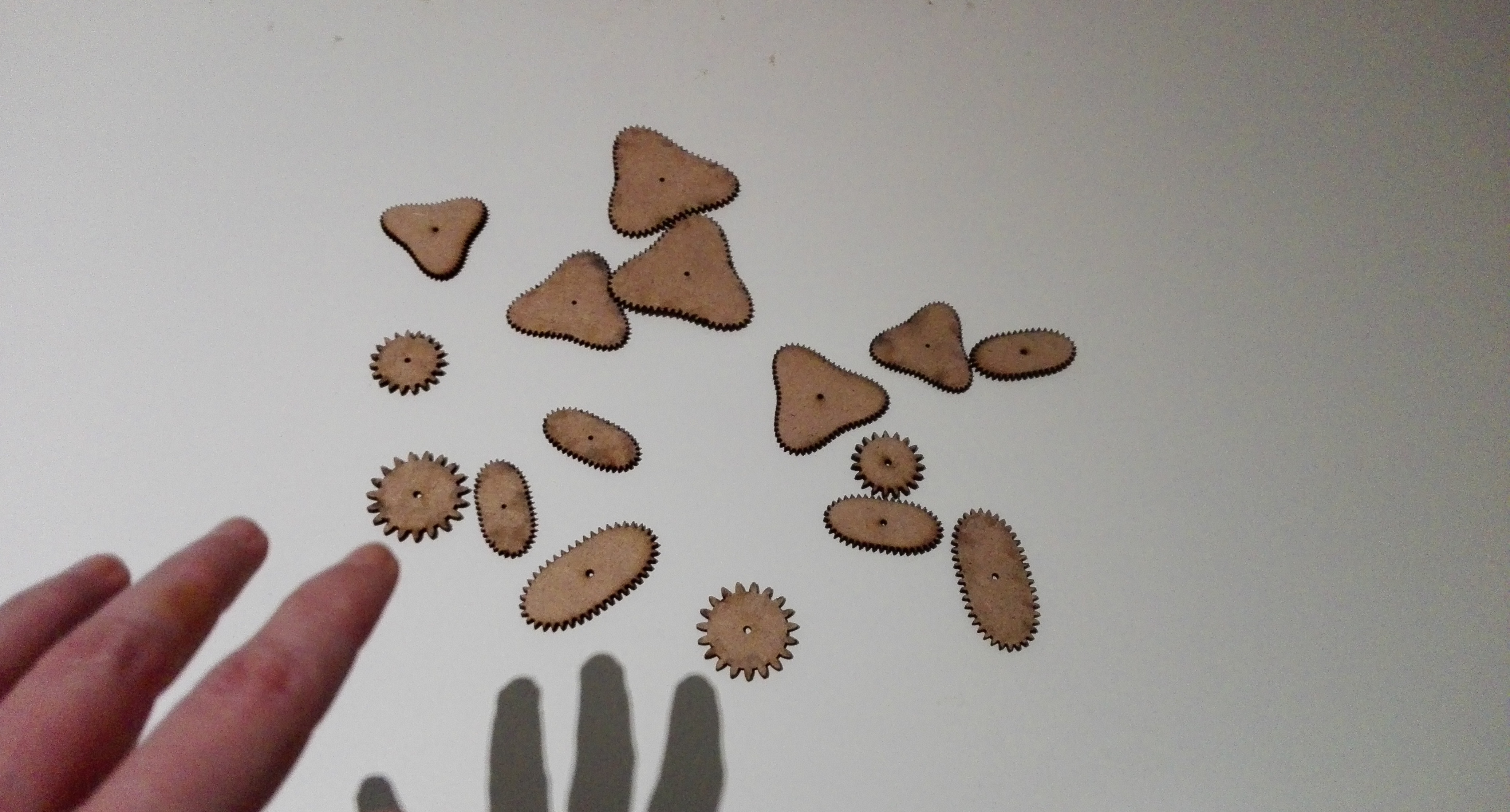 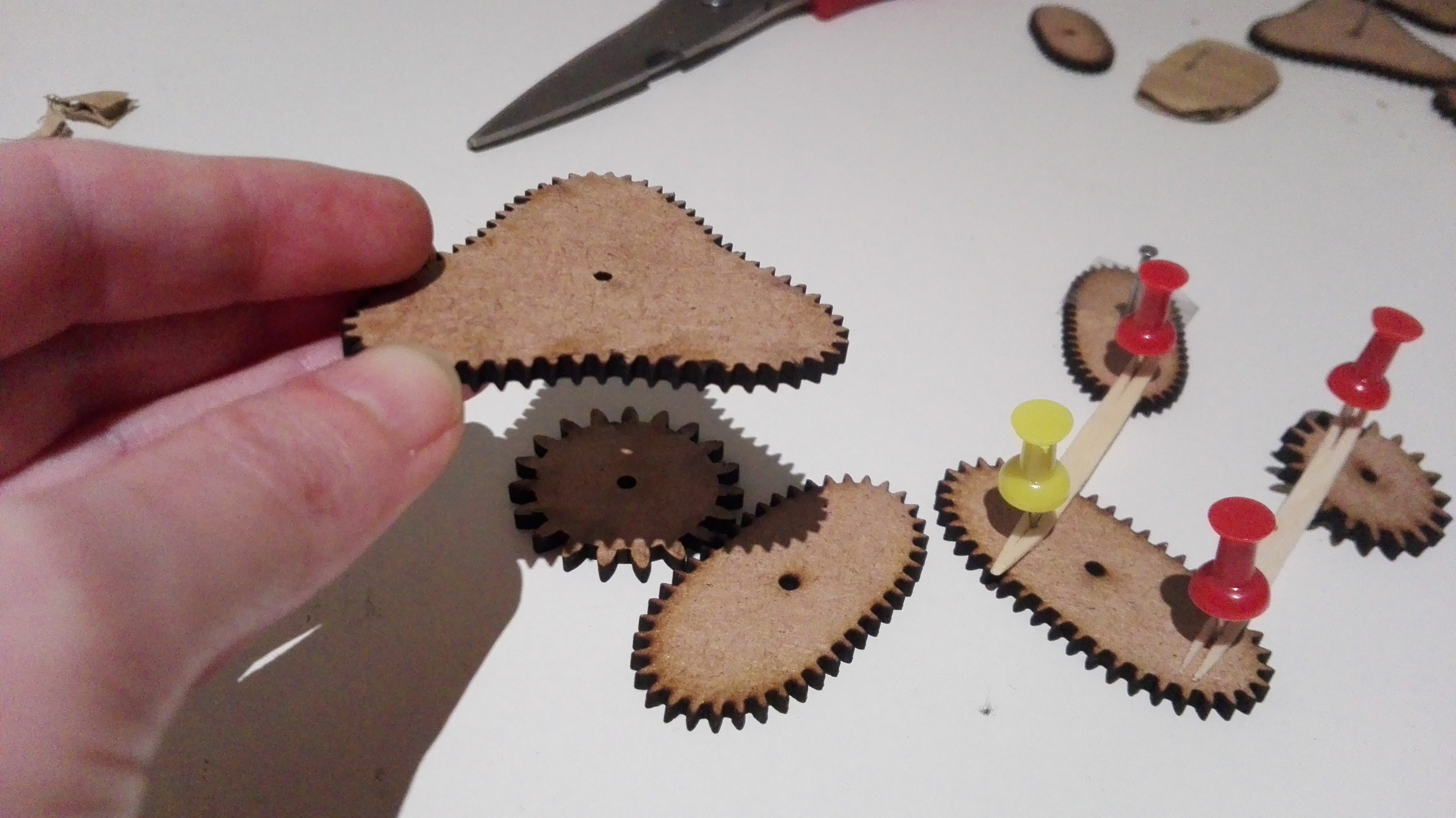 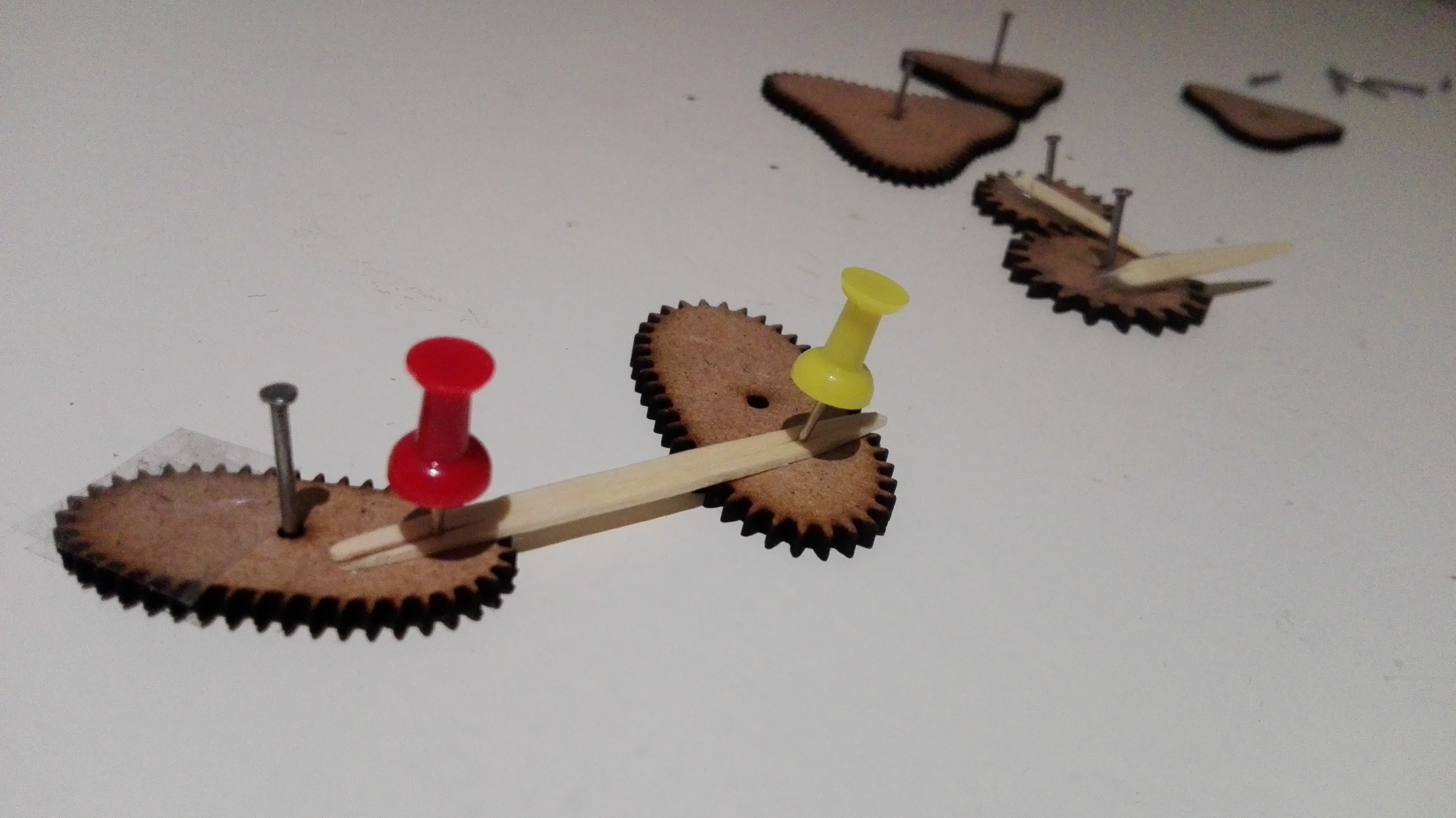 Video documentation of the complete process till now:

In the process we analyze the friction between material and immaterial reality and the tension that it generates in the configuration of the structure of the prototypes. Thinking about function in innovating structures by applying old and new techniques, we try not to forget the marketing of beauty. Integrating the 3 would be the true innovation, though is not easy.
For this we deal with topics such as our tactile relationship with the images, new forms of representation, identity, desire, sexuality as well as the increased dependence of technological economy and its effects on the invisible work of the body. 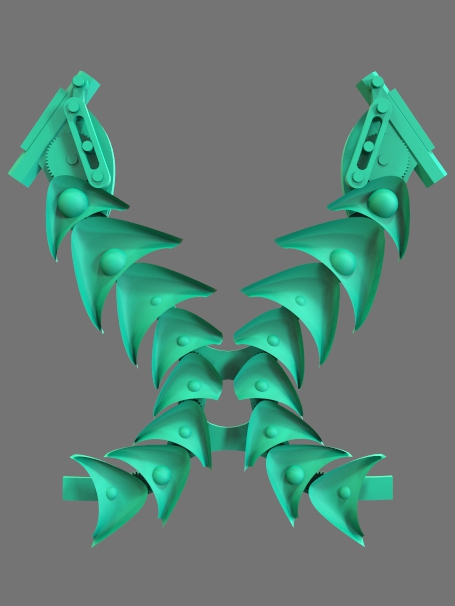 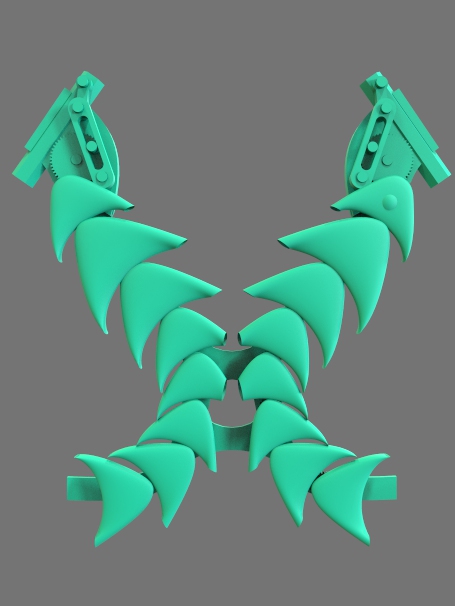 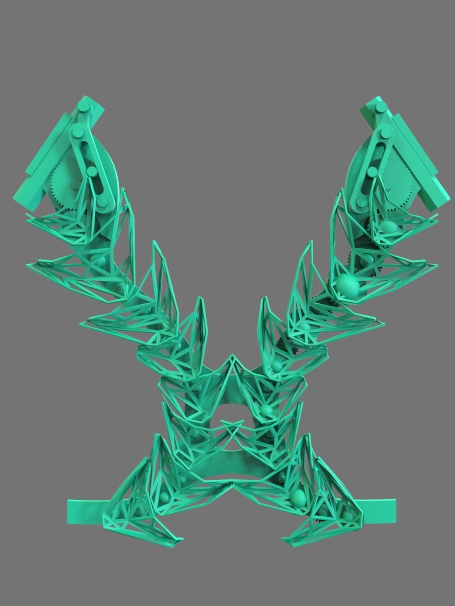 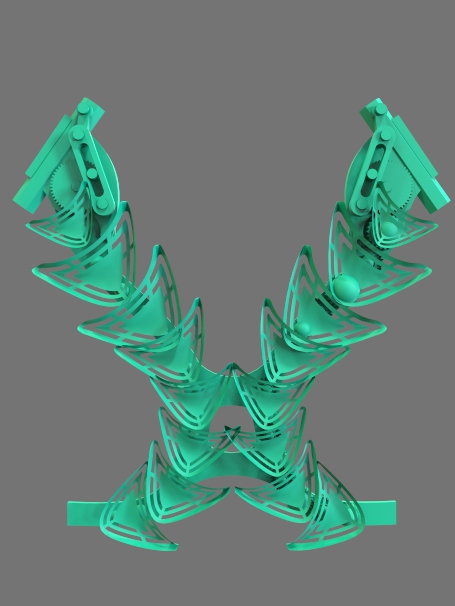 This project offers a tactile sensory experience of the invisible work of the body by employing the transmission of movement on a person’s skin.
The aim of this design is to inform the public about the opportunities of integrating textile with other techniques not necessarily electronic to create a sense of touch, vibration, communication for self-awareness. In this accelerated world in which we are so focus on the tomorrow on the next big thing that we miss the present, this reactive 3D printed skin encourages one to be present in the here and now to feel. The wearer has the control of the data and the movement, which is the fundamental part for him to acknowledge his being here. 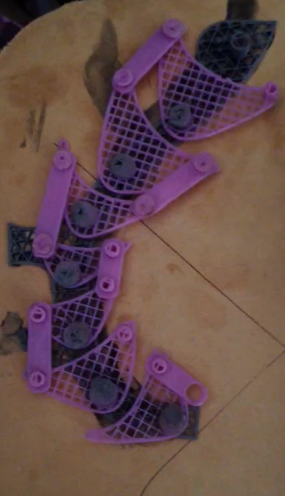 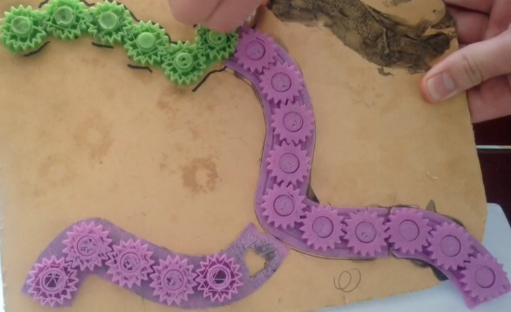 Future development of this project:
Underneath the technology used, researched and the results, which could be labelled as wearables, fashion, technology innovation and methodologies, we realize we are all eventually working on the same question as so many other different fields do:
A way of re-framing our environments in order to examine relationships anew from a different perspective?

3D design and printing is a medium compelling us to explore artistic creation, new forms, and interactivity. We approach 3D as a creative platform, open the process to a collective, in which imagine, explore and prototype new forms of social engagement through wearables, and create social experiences. We incorporated 3D, custom software, mecanical prototypes. As we engage the potential of these tools and metodologies, we also take a critical perspective discussing the shortcomings and challenges of future technologies.
Examining our bodies by reframing our environments (social, physical or geopolitical) as ecosystems. we are all embedded in social systems, enabled and constrained by a tangle of relationships and interdependencies. As easy as it is to acknowledge this when thinking of us in the world it’s is not when thinking of us with our own body. A body that is constructed of interdipendent organs and parts.
Such reframing allows us to focus on narratives that offer new ways of understanding ourselves, The same applies to our bodies made up of networked collectivity functioning as something more than the sum of its parts.