In my work I aim to produce tangibility: by creating spaces in which electronic art combined with physical movement generate tangible immaginary which transform us during the process of communication.
My work is concerned with questioning the recognized instrument for communication, language, and to search for new ways. I focus on physical movement dynamics, that create non verbal languages resembling poetry and music (I think it is not a coincidence both disciplines are embedded with mathematics). Movement creates an abstraction of dynamic images, that one can produce, fast forward, cut, edit or throw them away. I call them: the movement of metaphors, altering perspectives.

BodyScapes Dance of the Genes

BodyScapes Dance of the Genes by Paola Tognazzi from paola tognazzi on Vimeo.

TECHNOLOGY AND SEDUCTION: I integrate technology playing on the sensuality of its nature, which allows me to produce «the tendens to evocate and convocate the senses» by changing the point of view of the viewer. Seduction is to be chosen by something that is alien to oneself. The distance between one and the other is fundamental for seduction to exist. Technology and electronic devices do create this distance, thus integrating them give the possibility of introducing the feeling of seduction.

They also allow me to include:
– tridimentionality
– a total ambient
– a way of immersion
– interactivity.

Since the invention of the clock, which is the archetype of the mechanical machine, people no longer eat when they are hungry, but when it is dinner time.
They no longer sleep when they are tired, but when it is time to go to bed.
A body behaves according to the mechanical metaphor it visualizes: the surroundings start to adjust their behavior to the clock’s regime. Nevertheless, all the technological and social-historical developments that regulate life, human survival still depends upon alertness to moving objects and reproduction.

History and socialization: How God and economic productivity lead to the loss of the body.
Drawing upon the age old biblical and greek views of the potency of dance to express performers emotions and to arouse spectators feelings.
Dance with its multisensory stimulations, coupled with cognition and the dancing body, calls attention to sexuality and arouses emotions.
The instrument of dance is the body. Church love-hate relation to the body: Christ was flesh, God’s creation yet the flesh was denied. Western European culture for about 2000 years was based on the persuasive notion that a human is essentially a soul imprisoned for mysterious reasons in a body. The rejection of the body also reflects the inability to come to terms with the passing of time and death.
After the French Revolution dance looses its importance and prestige. The industrial revolution sends dance from the epitome of royal male performance “ Luigi XIV” to the nadir of inferior female performance. Among the socio-political elite, activities of the body became associated with moral laxity and impediments to economic productivity.
The body already implicated in sin and deemed the enemy of spiritual life, became the foe of economic productivity. Because the emergent french bourgeoisie attributed the collapsed of french monarchy in part to the moral laxity, they transformed the body from an instrument of pleasure into one of production. In this way the middle class could protect its power. Self control meant control of the body and, further, control of people who were primarily of the body. The same attitudes developed with the rise of protestantism and the Industrial Revolution in England.

The influence of religion and philosophy on the development of art and society had the effect of neglecting the body. “First it was the tangible then with the appearence of God it was the untangible”. Technology increased this principle to the extreme and today we have forgotten the body. Now we need the tangible back because before living in society we live in our bodies. My vision today is in the application of technology to amplify the perception of the body and its senses.

Interestingly enough: the oxymoron of perspectives.
So today’s human deficiency is the wonder whether or not their life has any meaning and the feeling of the obligation of being productive. Machines are the concrete negation of this and that is why people are so fascinates by them, they hope to get more from them than just the prescribed functionality and built-in meaning of devices: pure fun.

Summary:
During the French Revolution, dance looses its prestige so does the body.
During the Industrial revolution, the human body becomes a production machine while dancing becomes a shameful act.
Now we are in a period where the focus is back on the body and dance, which is seen as an important act full of useful data.
I think it’s because we want to teach machines how to be human, and we realized our precious brain is so developed, not because of the action of thinking but to control movement. Movement is what identifies our humanity. 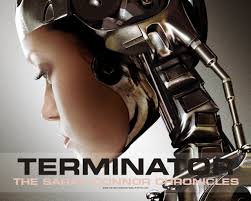 The real reason for brains. Daniel Wolpert Neuroscientist
You may reason that we have [brains] to perceive the world or to think, and that’s completely wrong.
The brain evolved, not to think or feel, but to control movement.
He says, «I believe that to understand movement is to understand the whole brain. And therefore it’s important to remember when you are studying memory, cognition, sensory processing, they’re there for a reason, and that reason is action.
Movement is the only way we have of interacting with the world, whether foraging for food or attracting a waiter’s attention. Indeed, all communication, including speech, sign language, gestures and writing, is mediated via the motor system.

Wearable_Dynamics: A silence that is not silent, listening to the intention of movement before it happens…by Paola Tognazzi Drake
Contexts
1- With the increased integration of media technology and use of internet in our daily life, studies revealed an increase in cases of clinical depression, obesity, lack of physical exercise and injuries (neck-shoulder-hand) due to the fact that the human body is not designed for the postures imposed by the computer.
As people spend more time online and with communication tools, there is a decrease in direct human to human interaction which makes us forget important communication skills, which are prerequisite to our survival as a species – Balance, Proprioception, body movement, spatial navigation, body memory and instinctive response.
The user was usually restricted to a computer interface that hasn’t changed much since 1968 – a screen, a mouse, a keyboard. Ergonomic body interfaces seem to remain a low priority, even though recent developments in the gaming industry can contribute in that field. Even todayʼs Google Glass has more to do with masking surveillance systems, instead of focusing on the ergonomic side of the interface.
2- The second context originated from a reflection and in reaction to the absence of the body in the new electronic music. As a choreographer used to work on a daily basis with musicians I felt that disembodiment should be bridged, for a real communication and collaboration between dance and electronic music to happen.
On one side we had the physicality of acoustic instruments with its implications of training, rehearsals, repetitions and a very specific variety of sounds more alike dance, on the other we have a larger and freer spectrum of sounds but the absence of the physical. Electronic musical instruments, have more possibilities, and are intuitive, but they don’t allow elaborate choices (control) or mastery, and above all neglect the body as a part in the process of learning and composing.
At the same time musical instruments are usually outside of the body, there is always a distance between the player and the instrument. The instrument without the active gestures of the player does not play by itself. Instruments are not alive per se.
With these in mind, I set out to develop tools to examine how we could use our spatial movement to control the computer.
I felt the urge to bring the attention back to the body, for this I developed Wearable_SuperNow which, is not a musical instrument but a multi user interactive tool/installation that allows the bodies to speak and create narratives in movement, while developing physical awareness, listening of the body, physical communication. Accelerometer sensors attached to the body, through velcro bracelets capture the movements data and send it, via bluetooth, to the software PureData, which analyzes it and allow each sensor to activate and produce a different independent sound. The summing up of the audio layers that interact and dialogue with each other creates narratives and soundtracks in movement. The user can move freely in the space, modulating the quality of the soundʼs tempo and volume with the quality of his/her movements.
I wanted to break the distance-separation between body and instrument by putting the sensors on the body, so that the body and the instrument become one, no more separation. The instrument become alive and the player even when is not consciously doing any gestures by the mere fact that is alive makes the instrument alive and has to respond and be aware to the sounds (ie. the sounds coming from the movement of breathing) that the instrument is doing. There is always something happening. Osmosis versus Synchronicity. The performer is doing something even when he’s not. The uniqueness of this system is that makes you aware of it. And this is the challenge he/she has to deal with and travel within to be connected to the body. This journey within the body, of listening of the body and of self discovery and awareness is what I like to call a silence that is not silent, listening to the intention of movement before it happens.