LOST LABYRINTH of frozen words from paola tognazzi on Vimeo. 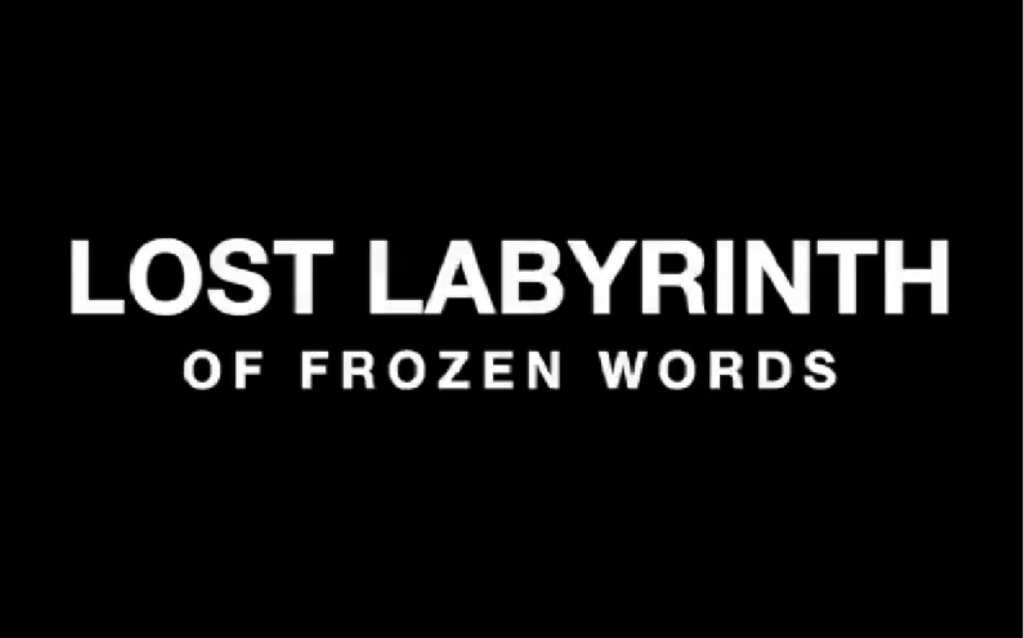 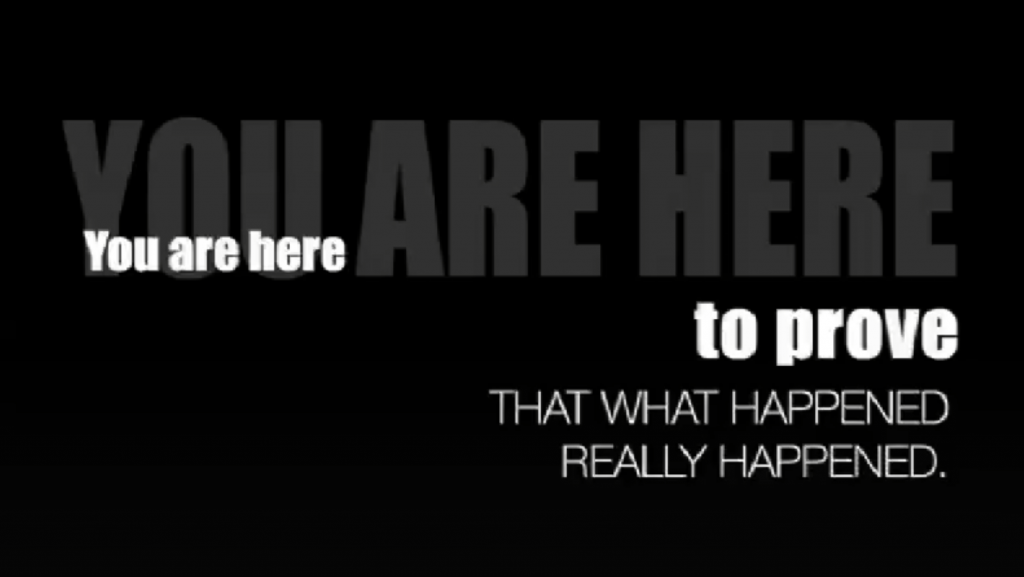 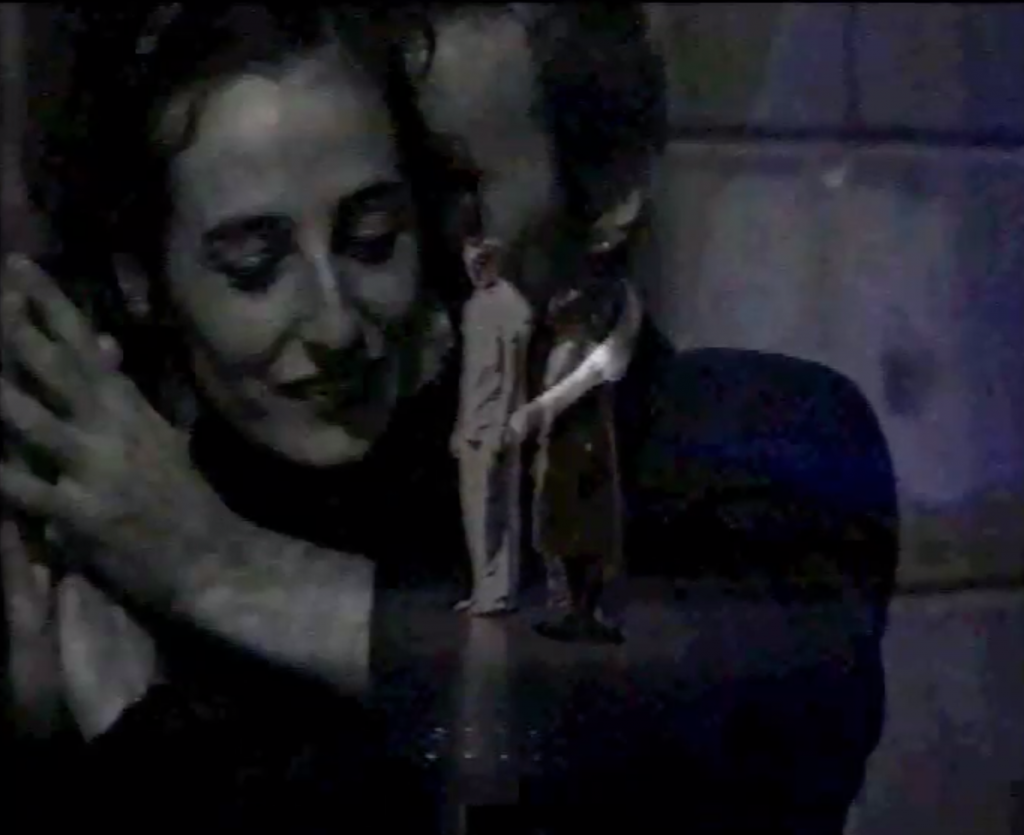 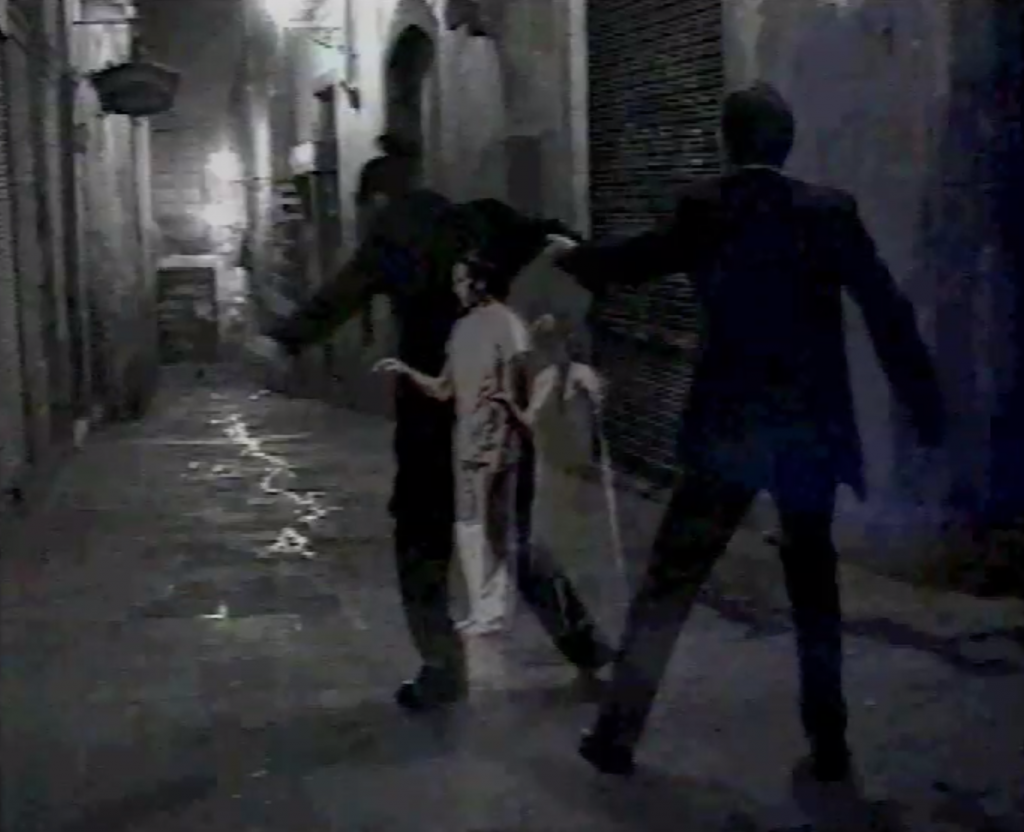 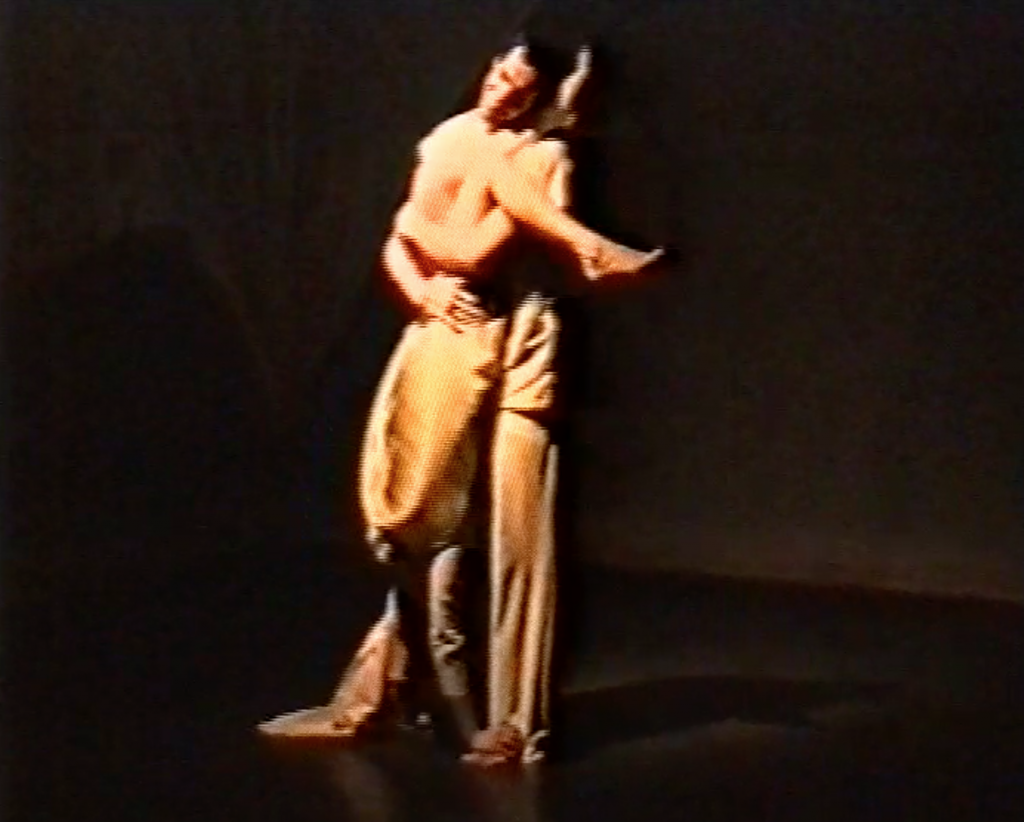 LOST LABYRINTH OF FROZEN WORDS.
YOU ARE H-EARS TO PROVE THAT WHAT HAPPENED, REALLY HAPPENED.

It’s a multimedia opera by Paola Tognazzi to report and make visible abusive relationships and the mistreatment of women executed by the narcisistic patriarcal society.
The protagonist IS EARS WITHOUT A MOUTH a witness to prove that what happened really happened.

When I left Italy to go to study in Amsterdam, I started a journey to consciousness and understanding to find the words to liberate myself. Since 1996 I created a serie of multimedia operas and solos. Honestly back then I wasn’t aware of what they were about. They simply come out from my inside, images and metaphors, that I put on stage. I had no idea they were about the abuse inflicted by the narcisist patriarcal society on women. Back then I didn’t know the words to express it. When one grows up inside that normality, one is not conscious of what it is.
While those pieces were pouring out of me in a stream of consciousness, my father in Italy was telling everyone, I was a whore spending her life partying and dancing at his expenses. I didn’t know that. I discovered it 18 years later when I read it black on white on legal records of the state psychiatrist that tested him, after I had to go to save his life. The funny thing is that 20 years earlier when I didn’t know all this, in my solo pieces I always portrayed the role of a pronstitute wearing a transparent raincoat showing to the whole world that something kracked in her heart.
In the past years many lawyers, judges and psychiatrists who got to know my father asked me in wonder, how did I survived it and remained so healthy. Simple: Nietzsche said go and dance, it was a good advice. Dancing it is the fight to liberate oneself and express with the body the words one doesn’t know yet. Re watching those pieces 20 years later, I’m shocked I wasn’t aware back then, what they were about. The brain works in amazing ways to protect oneself, till one is ready to not feel anymore the shame and use the proper words. Re watching them 20 years later during the coronavirus confinment it feels like the consciousness journey has arrived to an end. No more shame to call things by their name. The timing is peculiar, all is coming out and been visualized by the coronovirus reaction, is making me feel like back then, we will need a lot of dancing, to recover from all, it has been going on, understand it, and fight to remain free humans.

Pink Motel 2002 by Paola Tognazzi from paola tognazzi on Vimeo. 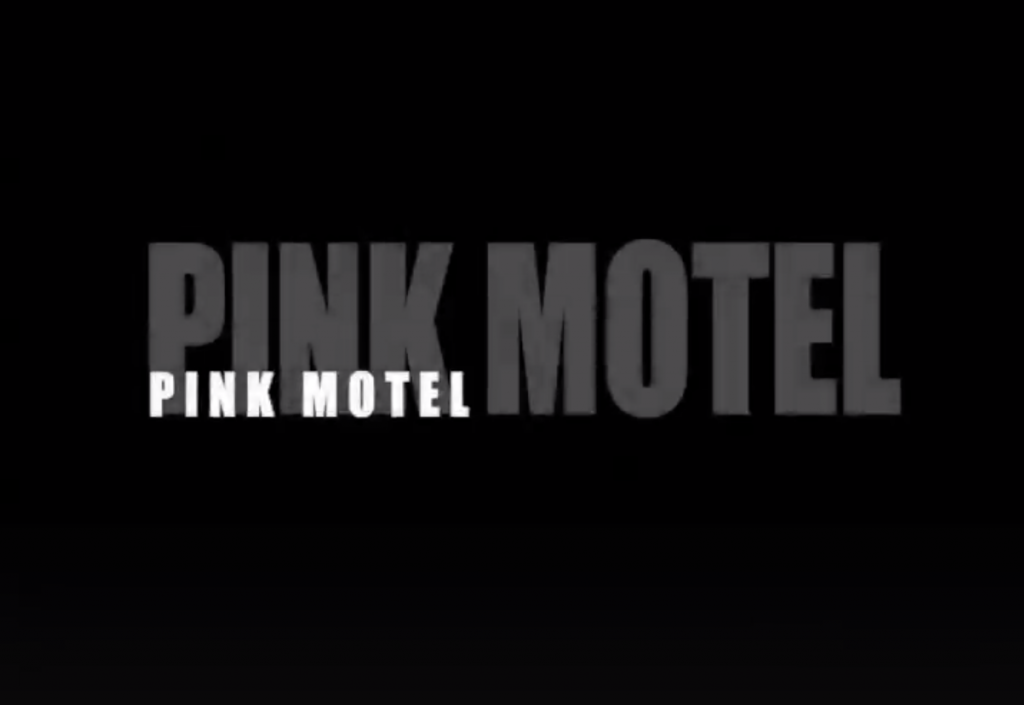 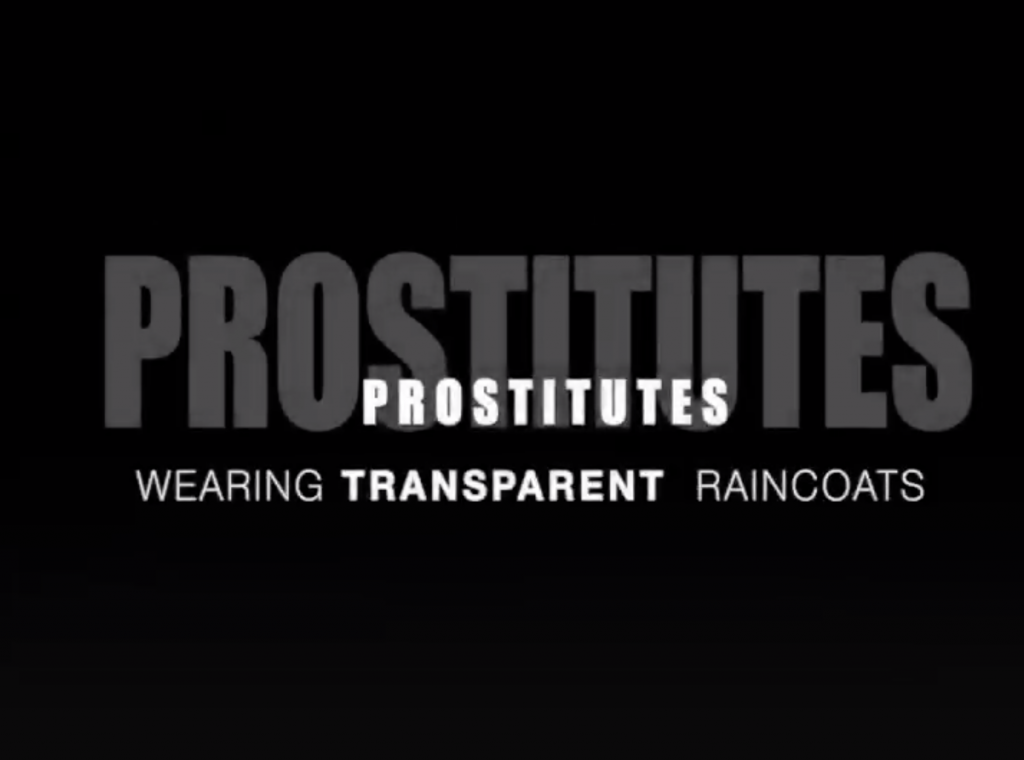 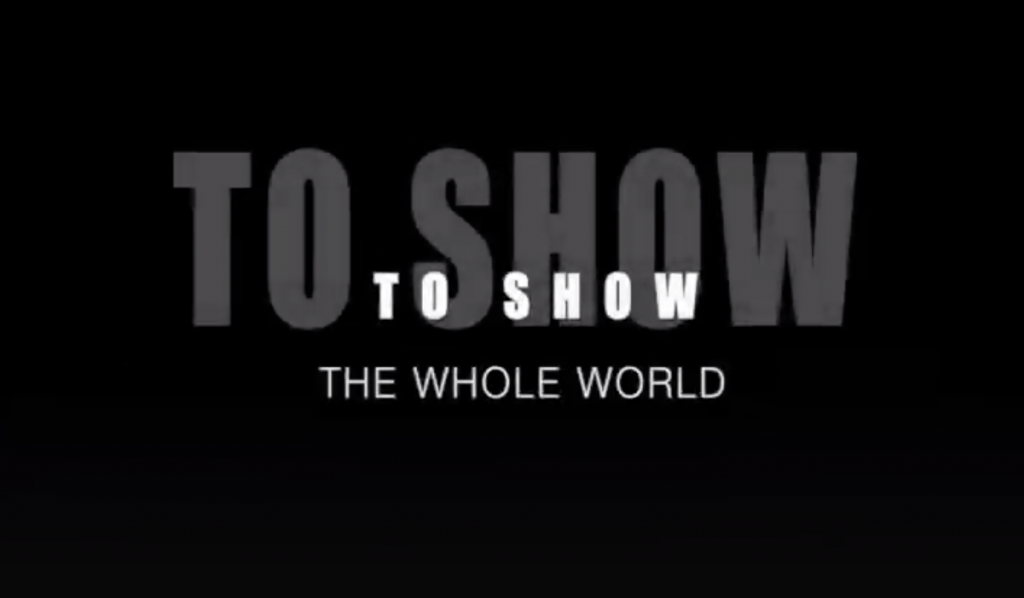 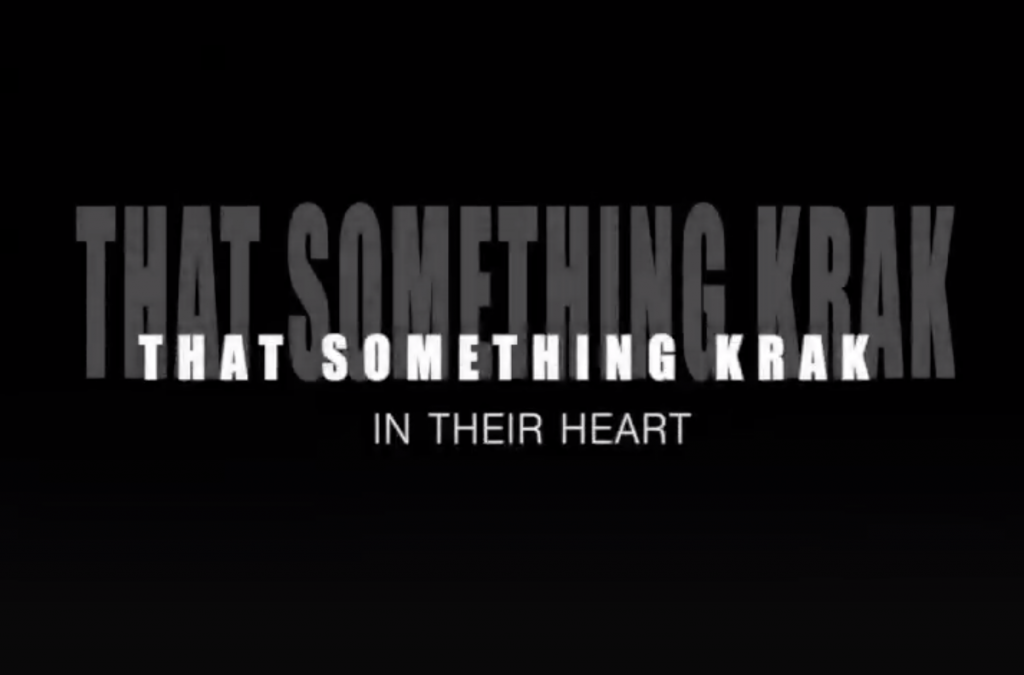 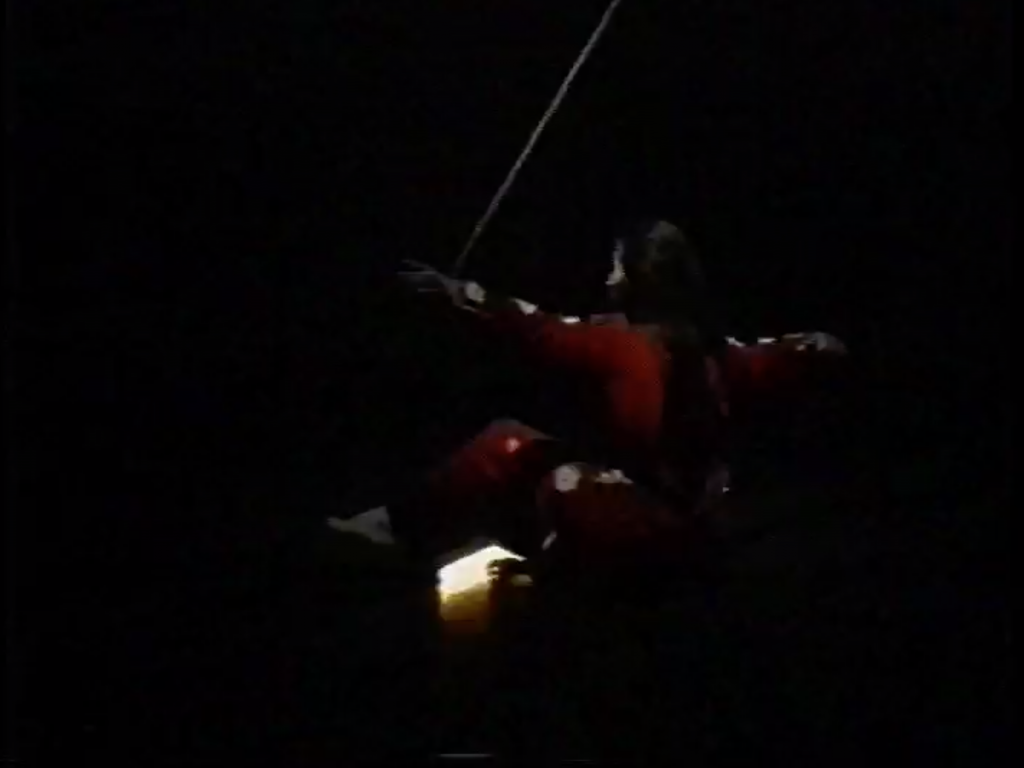 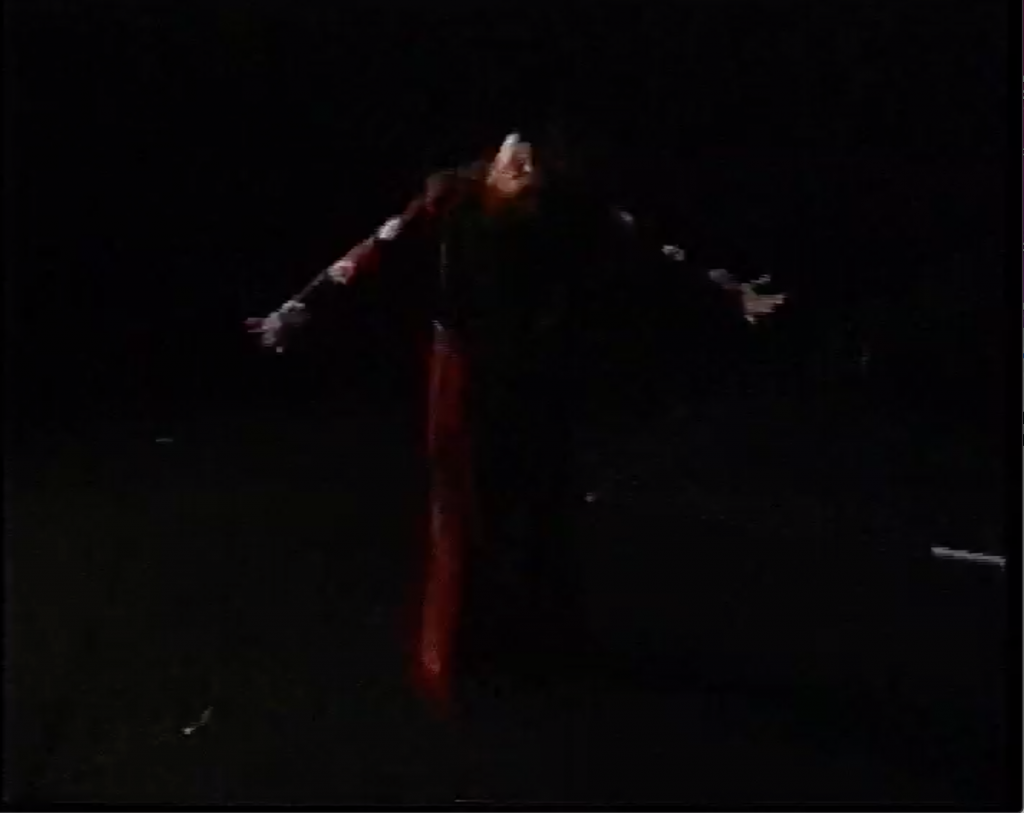 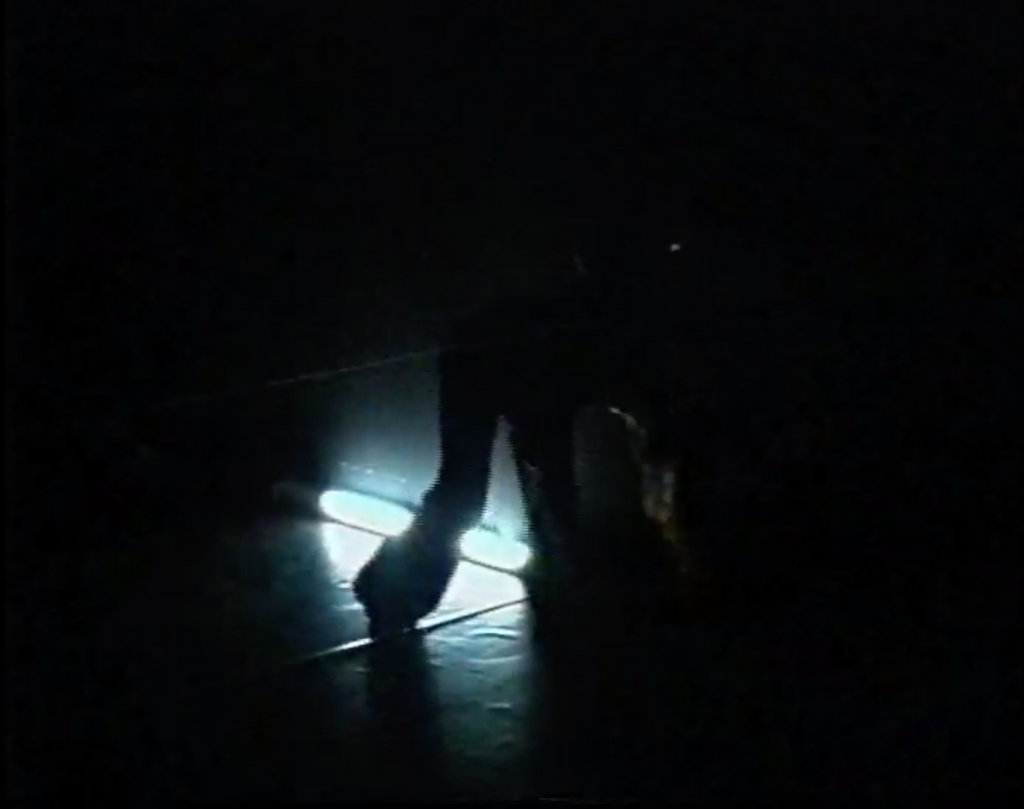 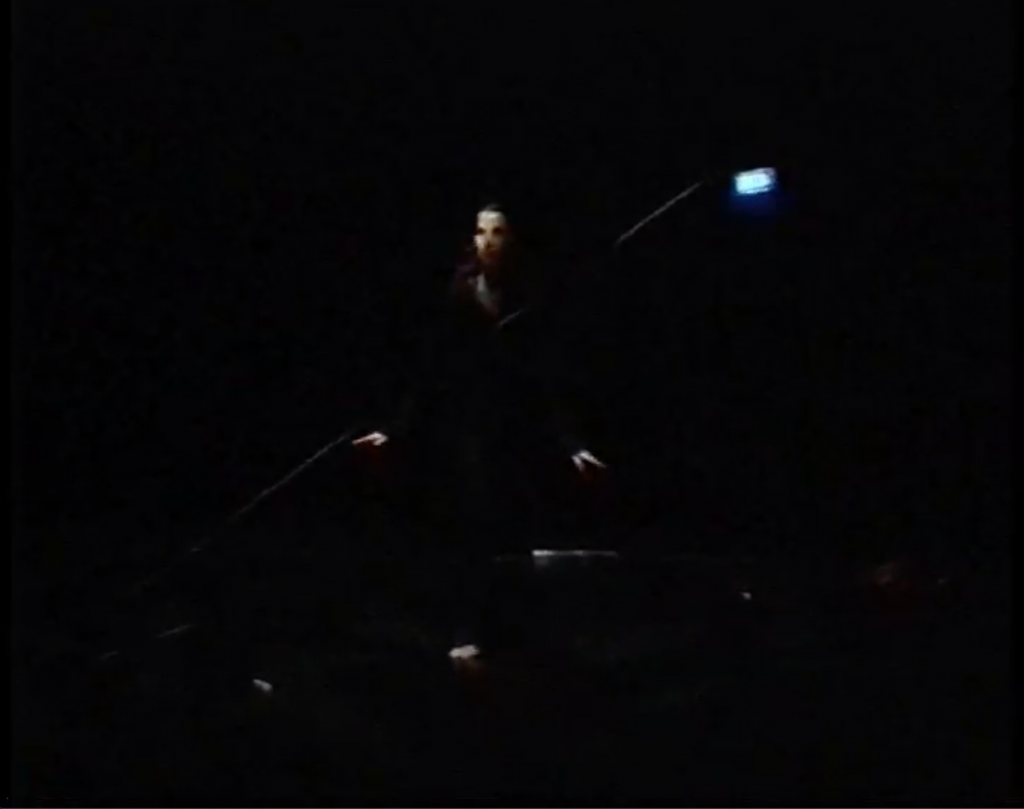 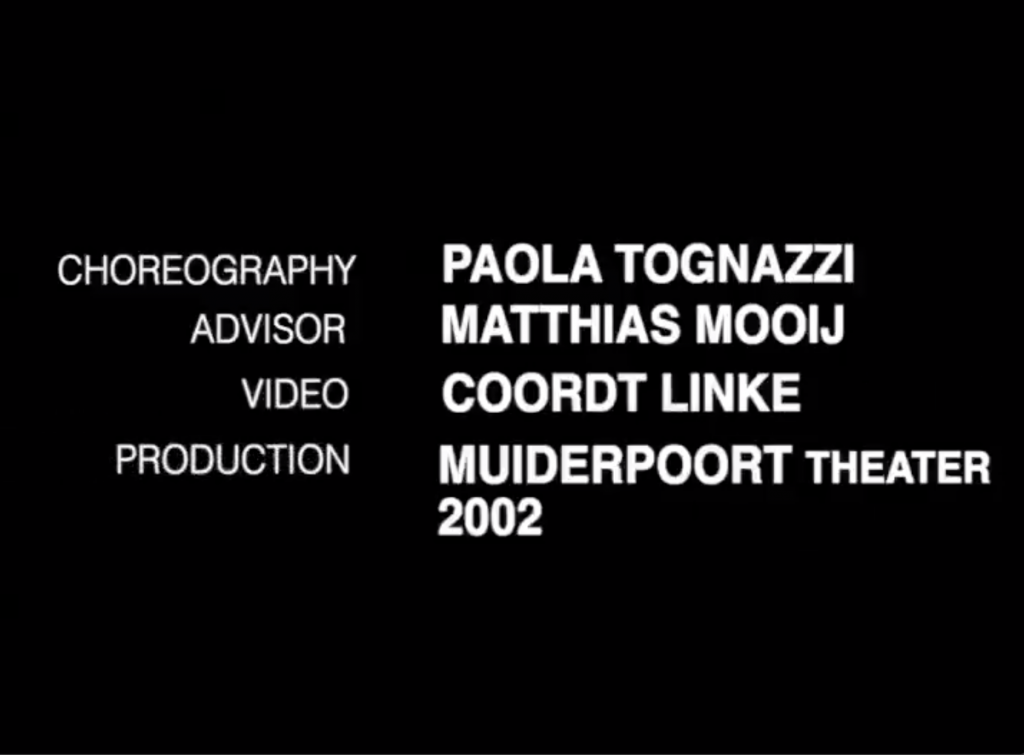 PINK MOTEL a production MUIDERPOORT THEATER 2002
Inspired from a collage of Bernardo Atxaga poetries.
PROSTITUTES WEARING TRANSPARENT RAINCOATS TO SHOW THE WHOLE WORLD THAT SOMETHING KRAK IN THEIR HEART. One day, maybe a monday maybe a tuesday, I wrote you all I had found in my sex and tracks full of silence arrived. I was there. It hurt.
On the stage I built with thin ropes a spider web installation going from the ceiling to the floor. The dancer is pinned to the cables with many clothe pins. She is wearing a red chinese princess dress embroidered with white flowers. She starts telling the story of a house where a dog lived. She was a very sweet dog that become very happy everytime she met someone. One day during a stroll in town she saw pronstitutes wearing transparent raincoats that show everyone that they were hurt.As the performance evolves the dancer free herself from the spider web of insecurities, at the rhythm of techno music, till findind the strenght to reveal her rage and her hurting. She gets out of the princess dress, with which she hided her pain, and starts dancing at the rhythm of a mellow string quartet melody to let the audience in her sadness.

Even if this is a dance piece, it encloses all the concepts I’ve been later developing in the field of electronics and wearables.The image of transparent clothes that visualize emotions led me to Electronics and their the power to make data transparent, visible. With electronis I develop systems to show to the people wearing them, the emotions they feel. They allow people to listen to themselves to know what they feel, when their heart kracks. 18 years later rewatching this video I have to say, that transparency and electronics are wonderful, but it was the princess dress that I was wearing that made me dance, the real me. It take out the strengths in me, under all the insecurities. 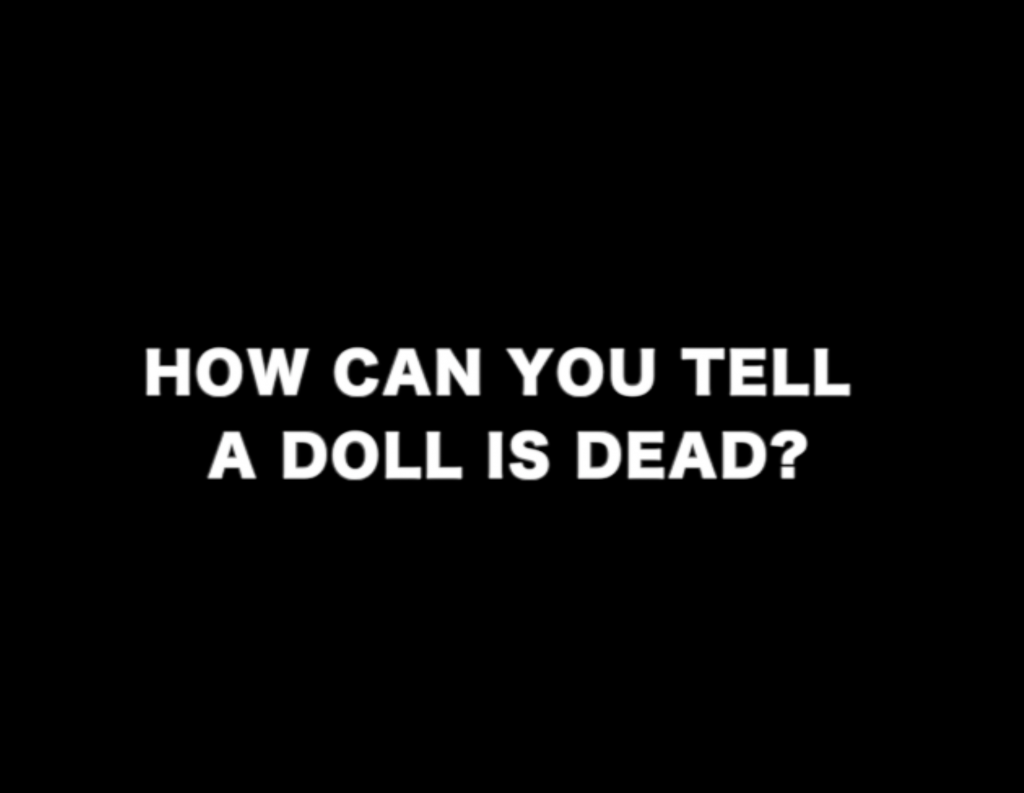 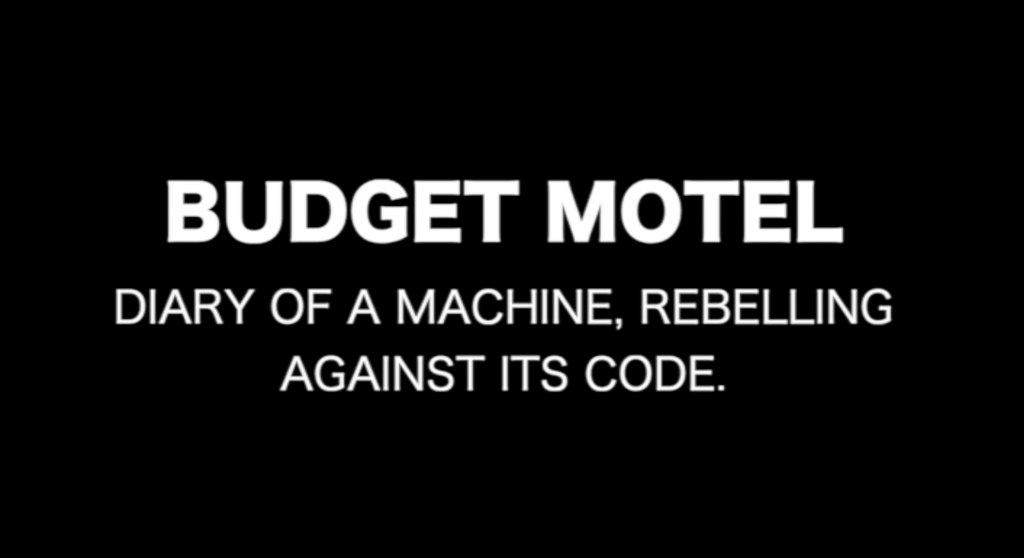 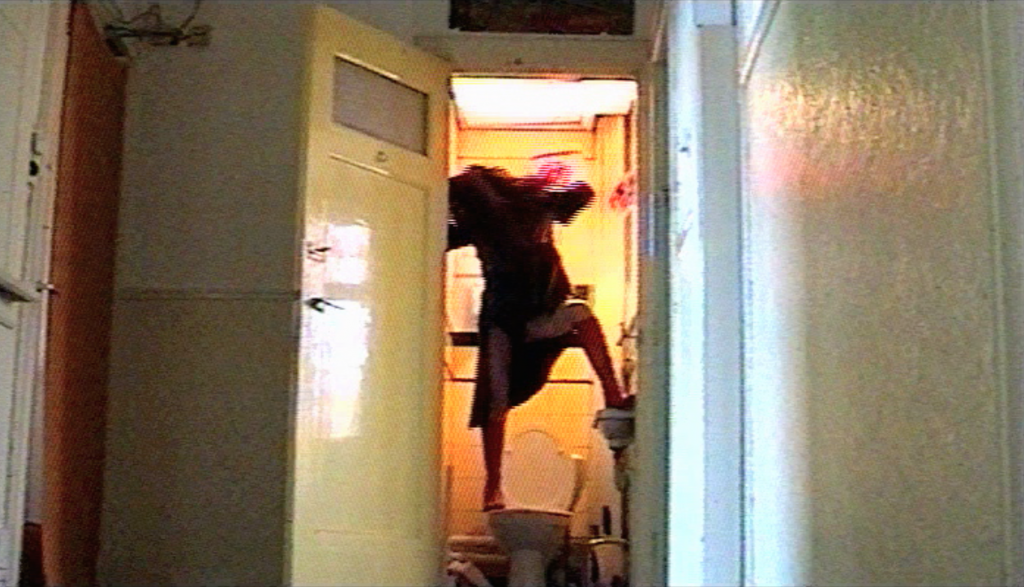 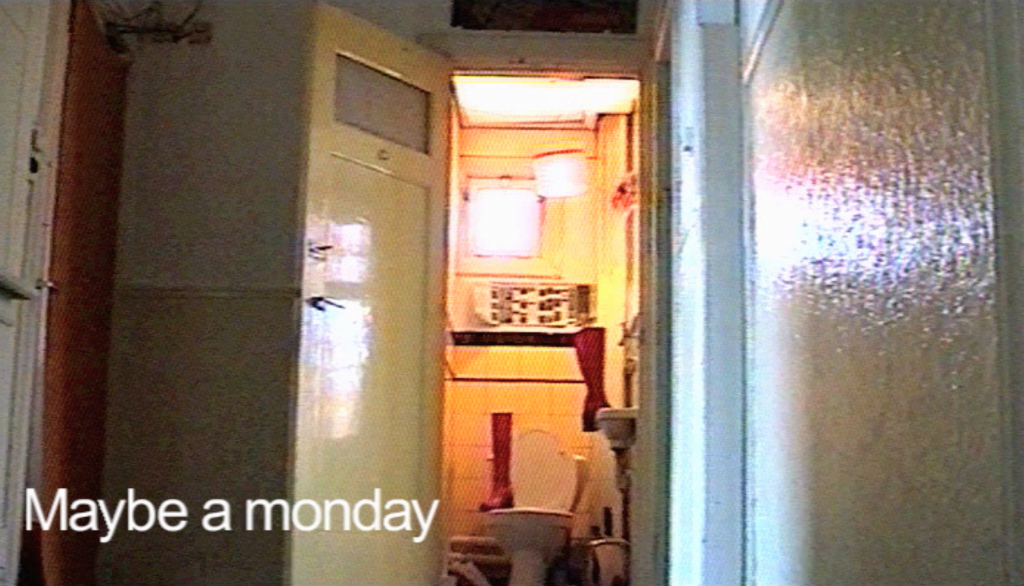 From OSSESSIONE DIVORZIO TRILOGY THE MOVEMENT OF METAPHORS Multimedia Operas by Paola Tognazzi
DIARY PAGES OF A MACHINE REBELLING AGAINST ITS CODE, FOUND IN THE GARBAGE BIN OF A BUDGET MOTEL, ARE TRANSFORMED INTO INSTRUCTIONS TO FOLLOW IN CASE OF A CFRASH. A HYBRID BETWEEN AN INTERACTIVE VIDEO GAME AND A MULTIMEDIA DANCE PERFORMANCE BY PAOLA TOGNAZZI.

Budget Motel is an autopsy of a brain, elegantly arranged on a tray.

It’s about a song, it’s about a diary, it’s about all the stupid things someone write and thinks while staring out the window, which may seem or be, for that matter, so cheesy and simple, but with a magical guitar soundtrack underneath, they undeniably, become the deepest philosophical thoughts.

This is the story of one year one night stands between Mr. BlondKido Frost and Miss Ann advice to you get yourself some curtains.

Ann wants to be silent
silence is sexy so sexy….
she wants to seduce him again
She wants him to love her again
She should know better,
but She can’t help it, it’s in the nature of the machine,
She has been programmed to.
Can you be brainwashed by a pop song? Be programmed to follow its emotional orders?
Ann did.
Her brainwash was Courtesy of Controversy Music.

If I was your one and only friend,
Would U run 2 me, if somebody hurt U
Even if that somebody was me? …” 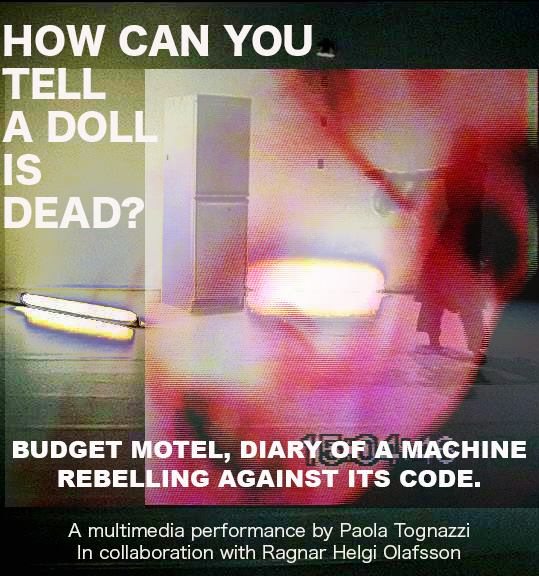 The piece reflects on the subliminal Brainwash operated upon women, by the narcisistic patriarchal medium of communication.
The narrative is constructed to display the forms that everyday computer-use offers to record our memories. Projections of short clips, that capture self-voyeuristic moments, video recorded in the hotel are woven together with the performance, titling the scenes, and defining the arrangement of the space. Their communicative value is to contribute to the narrative line by being a 3rd character, expressing the inner voice of the performer, commenting while spying on her.
The challenge of the performance was to explore and analyze “what can only be done live» (what you can’t do in film or in any other medium).
The answer is a choreographic journey, searching in the adrenalin of dance, the energy to stand against the brainwash. The interactive sound installation and video projections materialize the energy of the performer’s fight to liberate herself, in a multisensory experience to touch and contaminate the audience, with it.

The philosophy behind comes from
“The mathematical Theory of Communication 1949 – Claude E. Shannon

1- “In communication information has nothing to do with meaning. Information is a measure of one’s freedom of choice when one selects a message. Communication exists when participants transform each other through the transference of information”.

2-The fundamental problem of communication. “That of reproducing at one point either exactly or approximately a message selected at another point.”

True understanding is not attained through translation, but metamorphosis.
Tim Ingold, The Perception of the Environmemt